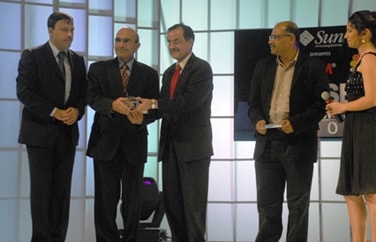 "Sheela Foam has bagged the NASSCOM-CNBC 18 IT User Award 2008, in recognition for the Best IT adoption and usage in the Country under manufacturing SME Vertical."

Sheela Foam Managing Director Rahul Gautam & Head–IT Pertisth Mankotia received the award on behalf of the company at the ceremony held at the ITC Grand Central, Mumbai on the 26th Nov 08. The chief guest for the event was Jairam Ramesh, Minister of State for Commerce and Industry while several other Industry Leaders were in attendance.

Preceding the award ceremony, various stalwarts of India Inc addressed the gathering and shared their thoughts on the role of IT within enterprises.

Jagdish Khattar, former MD - Maruti Udyog focused on the contribution of the auto sector to India's GDP and how IT has enabled Maruti Udyog to work seamlessly with its dealers.

Captain Gopinath, Non-Executive Director and Vice Chairman, Kingfisher Airlines, explained how IT provided a platform to Deccan Airlines for selling airline tickets via various channels.
Peter Ryan, Executive VP – Global Sales and Services, Sun Microsystems and Som Mittal, President, Nasscom were among the other dignitaries that addressed the audience. 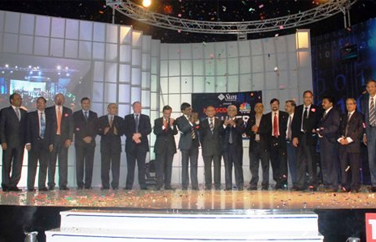 The IT User Awards were instituted by NASSCOM in 2003, to recognise enterprises across verticals which have implemented projects demonstrating benefits of IT to the enterprise, thereby leading the wave of IT adoption in India.

Today, after half a decade of its existence, the IT User Award has emerged as one of the most coveted awards for user organisations in India. The award was designed as an integral part of NASSCOM's Domestic IT Market Initiative and the objective was to provide a platform for organizations among shortlisted verticals that are using IT to deliver high business value to their customers.

This year NASSCOM in association with CNBC TV 18 presented the fifth award series - "NASSCOM - CNBC TV 18 IT User Award 2008". The award continued its theme of 'Enterprise Value' and honoured the award enterprises where technology implementation has brought value to the actual user in the enterprise. The award showcased technology initiatives of the enterprises which have helped in creating competitive advantage, optimizing business processes, enabling revenue growth or improving relationships with customers.